Examination Revealed Flammable and Combustible Board Room in China

Several years ago, the color plate polystyrene was popular in China with its light weight, anti-aging, low cost of installation and many other advantages. But this temporary building have hidden fatal drawback: people living in extremely difficult chance of survival once there is a fire. Yesterday, the fire department conducted a color plate room fire test, and one of the board rooms is burned into collapse only in five minutes.
Color plate polystyrene serve as a killer in these fires. As a fire expert said that the board is in line with people’s pursuit of economic efficiency, but it will becomes the devil once it meet a fire.
How awful the event of PS color housing fire is exactly? Yesterday morning, three different color plate room were used to have an experiment, which were placed daily necessities insides. As a result, visual presentation of the three board room fire in different manifestations. 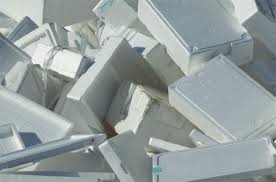 No.1 No steel polystyrene board room.
Test results:
5 minutes to burn collapse.
Household items within two minutes after the fire, the house smoke a lot of black smoke, and flames from the gap drilled.
Within 4 minutes, the whole board room was burning. Only in five minutes, the whole board room has combustion modification to collapse.
Escape possibilities: almost zero.
Polystyrene foam board or Styrofoam is flammable. The fire spread rapidly without steel isolation function, and will generate a lot lethal high temperature combustion, toxic gases whose composition is mainly carbon monoxide and hydrogen cyanide.
If someone is living in the 1st board room. The escape possibility is almost zero after the fire. In a second fire, the building is the No.1 board room type, which is full of rubble dead bodies and made firefighters have a deep memories. 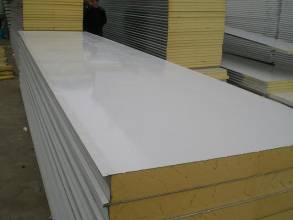 No. 2 There are steel polystyrene board room
Test results:
10 minutes will be burning to collapse.
Internal fire three minutes later, and will have a lot of smoke. Five minutes later, the fire on both sides of the house near the point have already burned fiercely. Because it is steel, board room was burned 10 minutes later, but overall did not collapse.
Escape possibilities: small
The No. 2nd board room inside three minutes after the fire, toxic gas has filled the whole room if someone living on the inside, but this time people have been unable to survive.
The No.2 board room color steel polystyrene material remains, so it is nearly impossible to escape for people who live in the kind of room. Although, steel can slow the spread of fire, but it can only be supported in a steel case grilled 10-15 minutes, and pig iron will be a shorter time. 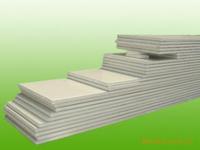 No. 3 The last kind of steel polystyrene foam material:
Test result:
The board itself does not burn.
While, the No. 3 interior facilities are the same as the No.2 board room. But in this test, the board itself does not burn as the material always limited to the interior and windows of the burning items.
Escape possibilities: the ability to have a basic act can escape.
The last steel polystyrene material is rock wool color steel which is belong to noncombustible material. So when the fire can not be ignited, it doesn’t produce toxic gases. No.3 board room burning then move there as long as there is the ability to escape, and people could suppress the body when using a wet towel.

Situation Analysis.
PS color plate housing.
Test results have been very clear, there is a high risk of hidden color plate polystyrene.
It is understood that the sandwich color plate of polyurethane, polystyrene, and mineral wool. The use of styrofoam is wide from the color plate producers, sellers and users cost point of view.
It is reasonable that PS color plate sweep into different fields as the light color steel polystyrene weight room, thermal insulation, corrosion resistance, long life, and low installation cost, convenient, no follow-up maintenance costs.
While polystyrene but also as a housing wall insulation can save energy to a certain extent. But, at that time the relevant departments did not flammable in an important position to be considered.