According to the latest local law, establishments that used the styrofoam packaging products for takeout services, express delivery or coffee, will have to switch to more recyclable, or compostable, materials or will be fined.

Genpak, a food packaging manufacturer in Orange County, its employees dressed in green shirts sporting the company’s logo and holding signs saying “Enough is enough, vote no on the ban.” 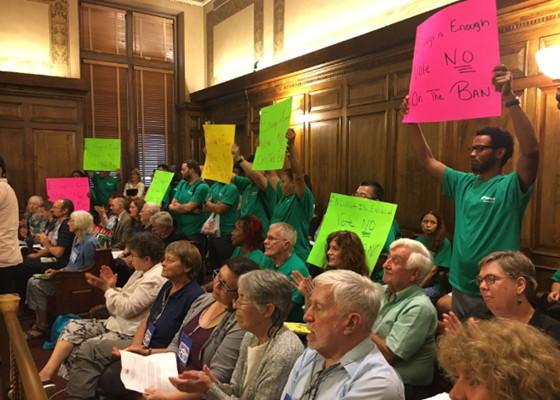 Clark Wooley, a national accounts manager for Genpak, he said. “The infrastructure (for recycling) needs to change.” Wooley urged legislators to focus on the recycling system and explore more programs for recycling styrofoam, which he says can be used in construction projects even if soiled.

Republicans tried to pursue recycling efforts for the product, but a pilot study was voted down by the legislature earlier this year. Those opposed to the study were concerned about how it would be funded – via a polystyrene manufacturer.

Actually, there is no need to worry about the cost caused by recycling polystyrene waste, GREENMAX eps compactor can greatly reduce the volume of polystyrene foam disposal which will have much lower cost for storage and transportation. 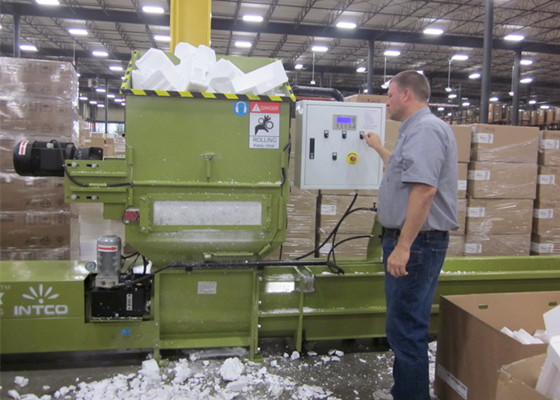 On the other hand, the collected styrofoam waste will be turned over to circled economical recycle, which recycles it into new materials, when polystyrene disposal is fed into GREENMAX polystyrene compactor at one end, it will undergo being shredded, heated, and pressed at the other end.

Those compressed eps scraps can be sold or granulated into pellets to be the raw materials to reproduce frame products or ps moulding prodcuts which is much more environmental-friendly than wooden frame ones. 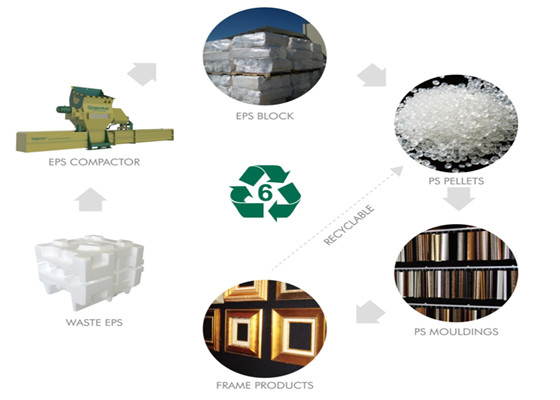 Polystyrene recycling including collecting eps disposal, sorting those discarded waste and using professional polystyrene compactor to compress and granulate the densified eps blocks, finally to make new products, during this whole procedure, many more job opportunities could be created at one hand, and meanwhile, millions of tons of discarded styrofoam disposal will be reduced and help keep our planet clean.

In a word, with the development of technology and economy, human being has the ability to be responsible for the white pollution, using polystyrene compactor is one the most efficient and economical way to protect the earth and save natural resources for the next generation.