Few of people would regard the polystyrene or EPS foam as plastic waste. These two things don’t belong to plastic waste in most of the people’s minds. However, these materials cause great damage to the clean environment. And nowadays these materials are recyclable and many cities have taken some practical actions to recycle them. If EPS or foam can be recycled properly, it will contribute to the reduction of the white pollution. 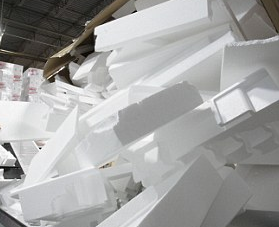 Polystyrene is widely applied in people’s daily lives, it can be used in making disposable coffee cups, food containers or egg trays. So polystyrene becomes one of the most common forms of plastic litter found in the oceans and lands. Many countries banned the use of plastic bags. Shops and supermarkets charged fees for offering plastic bags. The situation of using plastic bags turned better.
Nowadays, people realized that polystyrene is another big source of plastic waste. But many people still apply polystyrene products in many aspects because of its convenience. And because it isn’t degradable in the nature, it causes serious environment pollution.
People used to bury or burn most of the polystyrene waste in the landfills. But both of these recycling methods lead to environment pollution due to the poisonous gas emission. Now people are applying professional recycling machines to recycle waste polystyrene. Not only the machines can increase the efficiency but also they can reduce a lot of costs. 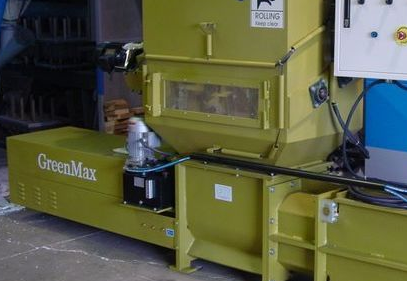 Foam machines are used to compress polystyrene foam waste, then make them into highly dense blocks which can be turned into new products such as picture frames. The foam waste would be broken down and condensed into smaller units shaped like bricks. Once the polystyrene is condensed into bricks it will be shipped off to end markets and recycled into plastic beads.
INTCO is one of the company which produces several kinds of recycling machines and offers recycling services for different types of materials, including EPS, XPS, EPP and PSP. INTCO is very professional in recycling polystyrene waste and good at exporting machines.