Recycle Foam with Foam Densifier is an Obligation for the U.S. Government

Foam: from convenience to pollution
In 1829, the German first extracted polystyrene foam from natural resin. For hundreds of years, the foam was commercialized and widely used in all walks of life, especially in packaging materials. As the saying goes, Things will develop in the opposite direction when they become extreme. When people's daily life is full of foam, it changes from the pronoun of convenience to the pronoun of white pollution. This is because foam can't degrade itself in the natural environment and stays in the soil for hundreds of years. It can be said that before the popularity of foam densifiers, the foam has caused serious pollution to soil and the sea.

Design of foam densifier: overcoming traditional recycling
Although countries have different policies, when it comes to foam, there are only two traditional recycling methods, namely incineration, and landfill. The destructive effect of incineration is self-evident. The incineration of foam is not so much recycling as producing more harmful gases and causing more serious secondary pollution. Landfilling is more like stealing the bell from the ear, because the foam itself cannot be degraded naturally and will only cause deep pollution to the land. 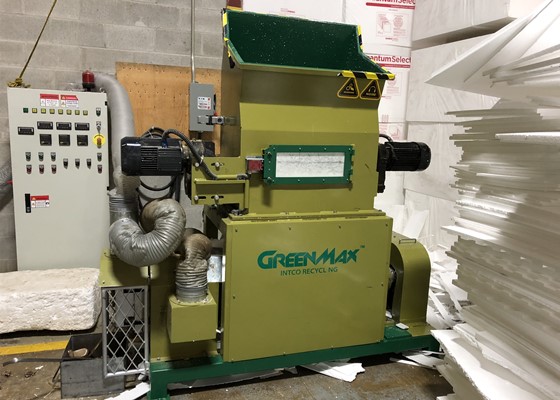 The recycling method of foam densifier is different. Its design concept is not to let foam disappear, but to regenerate in another form. The first step of the recycling system set up by foam densifier is to use the crushing and hot melting system of the machine to treat the foam waste, and then, extrude it into ingots. Next, some recycling companies, such as GREENMAX, will buy back these compressed materials for granulation. Finally, it is made into frames and sold all over the world, forming a recycling loop.

U.S. government should take green recycling as its duty
According to the official recycling report of the United States, the amount of foam recycled in the United States in 2019 is 136.8 million pounds. In fact, it can't even reach 1 / 4 of the production of foam. In other words, a large amount of foam can't be properly recycled, and it is continuously threatening the soil and the ocean. Not to mention that there is still a lot of foam being processed in the traditional method.