Polystyrene is a petroleum-based plastics. Once it is used to insulate beverages and food or buffer vulnerable items, it is usually discarded in garbage cans and sent to landfill with other wastes.

Polystyrene will take a long time to break down, once thrown out into the environment, there will be many problems. 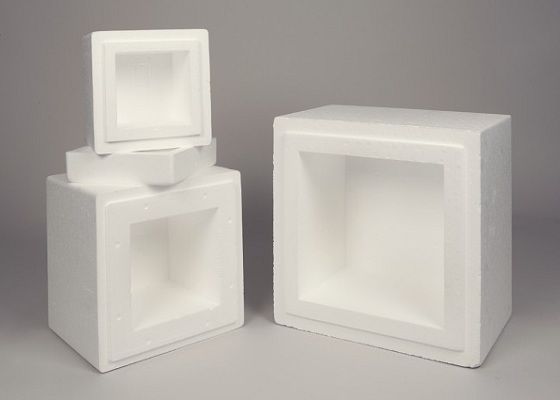 Nowadays, polystyrene has wide applications in our daily life, but not everyone pays much attention to polystyrene recycling. You can still see the foam waste at the street corner, you are used to leave your coffee cups on the park bench. Even if people’s recycling awareness has been improved, the polystyrene waste thrown into roadside trash can be eventually got into the landfill. It is estimated that polystyrene products account for more than 10% of the total landfill materials.

Unfortunately, this is not the ultimate destination for polystyrene waste. Even be disposed in landfill, it will continue to pollute our soil. Polystyrene piece can easily be blown into the streets or end up polluting water source. 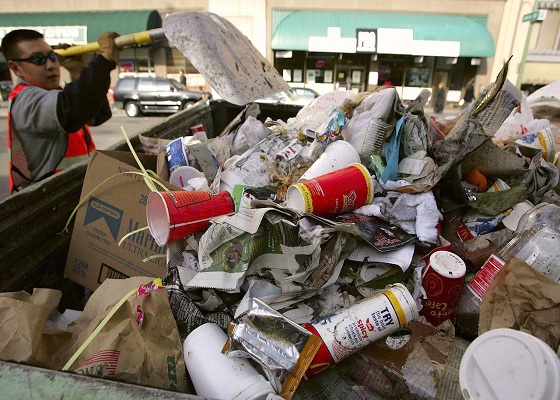 Once it is decomposed in the ocean, polystyrene can easily be mistaken for food by marine life. These polluted marine creatures are likely to appear at our table one day. 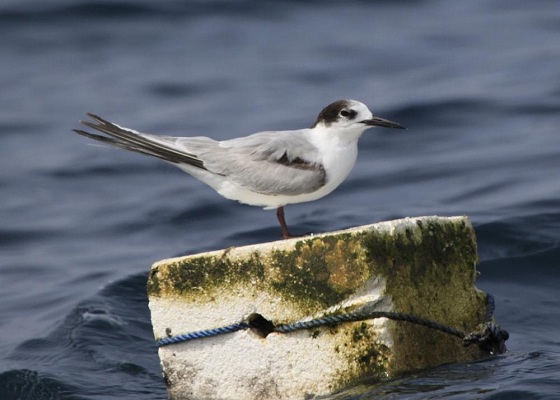 Considering that styrene, the plastic monomer used in the manufacture of polystyrene foam, has been classified by the National Institutes of Health and the International Agency for Cancer Research,So it could be a potential health hazard for our humans on the food chain as a possible human carcinogen.

Many recyclers don’t accept polystyrene waste due to the expensive disposal costs, especially for transportation. Some recyclers consider using compactors to reduce foam volume, but professional machines for polystyrene recycling are not widely used.

GREENMAX polystyrene compactor is a specialist for waste foam recycling, the process is main by crushing and compacting, and the foam volume reduction ratio can reaches 50:1, thus helping us reduce transportation costs. The whole process for polystyrene recycling is simple, safe and efficient. 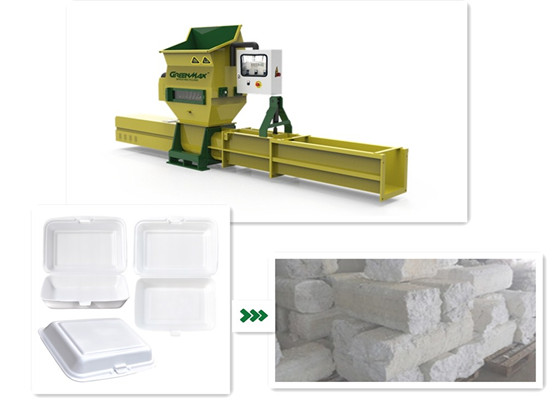 Although many of the recycling methods are still at the stage of research or experiment, there has been also breakthroughs of polystyrene recycling in recent years.