New technology is gradually applied in the process of plastic recycling

After years of dismally low recycling rates in the cities, people are getting more and more aware of the seriousness of the pollution and the importance of a clean and eco- friendly environment. People are struggling to find solutions to solve the problem. Many people are taking real actions and several environmental administrations around the world announced that communities and companies can recycle takeout containers, empty yogurt cups, CD cases and other hard plastic.
All of the practical actions are aimed at improving the cities’ residential recycling rate, which has dropped in many years. Many cities have announced plans to expand recycling services and ban the certain plastic-foam containers. Some of these cities even passed legislation to protect the environment. People can put different categories of trash in the bins and aside space in the communities and beside the large apartment buildings. 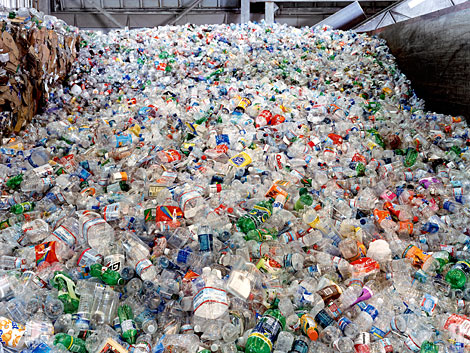 Now, thanks to new optical technology that allows the primary recycling contractors to identify and separate rigid plastics by type, it is estimated that the new technology can spare several tons of waste each year from ending up in landfills. Taxpayers can expect to save much money a year in export costs.
People don’t have to dump the plastic waste in landfills and they are advised to rinse their plastics before recycling them. They have struggled for decades to figure out what they can and cannot recycle. The reason why the recycling rates have been low is that glass bottles have given way to plastic ones, and newspaper sales have fallen, so recyclables weigh a lot less than they used to. Recycling rates are calculated by weight.
To bring people up to speed about which plastics are now recyclable, many cities plan to embark on a multi-platform marketing campaign, plastering the sides of sanitation trucks with posters advertising the changes and distributing to landlord new stickers to affix to their recycling bins.

Plastic waste does harm for people’s lives, so the process of recycling is expanded and the category of the recyclable plastic is also expanded. Many companies which have the technology and machines are contributing to the efficient recycling methods. INTCO is a professional company in dealing with waste plastic such as EPS, XPS and PSP. The company produces recycling machines include compactors and melting machines. INTCO provides people the reasonable price, alone with the advanced technology and service.