EPS foam can be compressed to a fraction of its original size, usually it is made into a small stack of foam log as disposable food containers in order to schlep seafood. People took years to find another solution instead of the landfill. It costs hundreds of years for the polystyrene waste to dispose on their own in the landfills. Cities’ seafood distributors throw a lot of polystyrene boxes which bring fish and shellfish to the landfill sites each week. 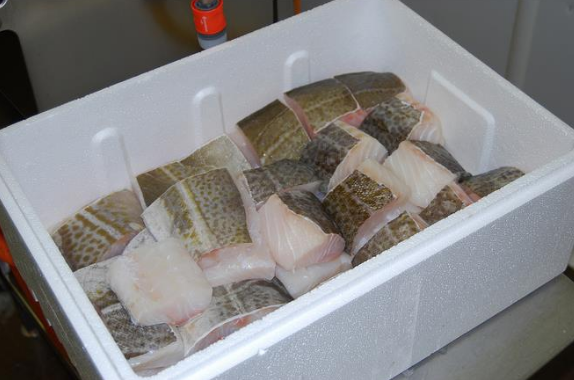 However, with the help of efficient foam compactors which can handle soggy materials, distributors have been able to divert over half of the polystyrene waste to other uses recently. Nationwide, more industries and municipalities are starting to embrace “zero waste.” But that doesn’t mean they’re totally eliminating refuse.
People are taking practical actions to reduce the application of polystyrene products. Zero waste is a goal that all discarded materials are designed to become resources for others to use. Environmentally, reducing the volume of waste extends the life of landfills and curbs the release of greenhouse gas such as methane.
Some bay area jurisdictions are pushing to divert waste from landfills, if not reduce it completely. During the past years, nations diverted most of residents’ waste and doubled the recycling rate.  Governments are trying to make it easier for residents and businesses to recycle waste polystyrene and compost.
As for seafood companies, they are making efforts to source sustainable products. To some extent, seafood is not a very clean business because of the smell of fish and dirty foam containers, but people has been working to change that situation. Companies open new smokehouses, markets and restaurants across the street from warehouses. They also renovated the facilities to capture runoff from hosing down the fishy floors. 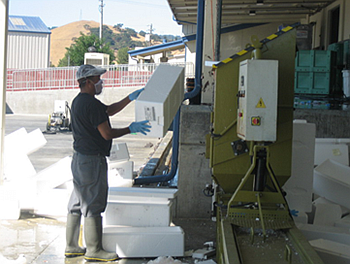 The company switched to re-usable containers for some outgoing shipments of its products, and did what it could to recycle. But there was no easy reuse for the foam shipping containers which brought pounds of salmon or for the wax-coated cardboard boxes that convey other seafood. In the past, most of the seafood companies put waste polystyrene packaging in the landfills.
But things have changed with the application of recycling machines. Not only the machines can increase the efficiency but also they can reduce a lot of costs. Foam machines are used to compress polystyrene foam waste, then make them into highly dense blocks which can be turned into new products such as picture frames.
The foam waste would be broken down and condensed into smaller units shaped like bricks. Once the polystyrene is condensed into bricks it will be shipped off to end markets and recycled into plastic beads. Greenmax focuses on producing foam melting machines, along with the recycling service of waste plastic such as EPS and polystyrene. The company also offers efficient methods for recycling polystyrene or foam.