The Niagara Region has become the first city in Ontario to install a polystyrene foam densifier to compress large volumes of polystyrene foam.
Representatives from the Canadian Plastics Industry Association (CPIA), the Niagara Regional Chair Alan Caslin, members of Regional Council and representatives from Waste Diversion Ontario’s Continuous Improvement Fund attended the unveiling ceremony of the technology.
The technology is being used to compress polystyrene foam, collected waste foam both from the Blue Box and at Regional Drop-off Depots, then make them into highly dense, stackable blocks which can be turned into new products such as picture frames, decorative moulding and office supplies.
According to the CPIA, the new densifier technology enables a significant reduction in the number of trucks which are used to transport the foam material for recycling. 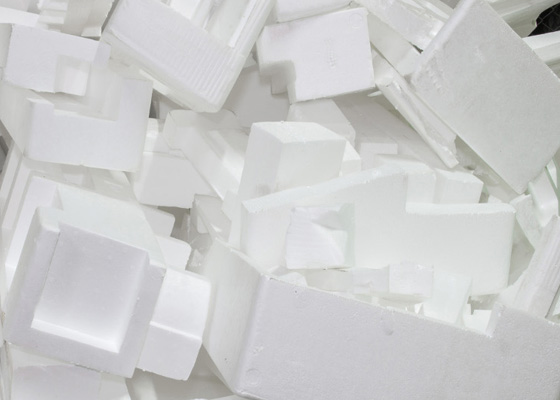 Carol Hochu, President and CEO of Canadian Plastics Industry Association highlights the benefits of working with partners to expand the efficient recycling of plastics resources.
By densifying the polystyrene and reducing the number of trucks on the road, we are reducing transportation greenhouse gas emissions by up to 85% at the same time. This results in a doubling of environmental outcomes – both from the aspects of recycling efforts as well as the emission reductions.
The facility also has optic NIR sorting system to detect and separate different types of recyclable materials, including newsprint, cardboard and plastic. 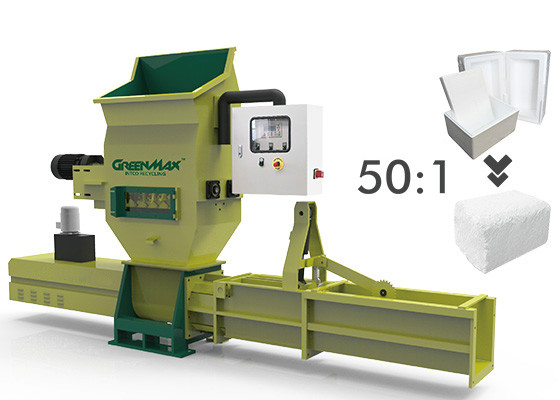