A new investigate has discovered that three quarters of the trashes found on the coastline of Australia are waste plastic. Wildlife would mistakenly eat them or be tangled by them, which would cause serious harm or even death.

According to the Australian Broadcasting Corporation’s report that reporters of the Commonwealth Scientific and Industrial Research Organization (SCIRO) have investigated the long coastline of Australia in intervals of every 100 km and set a collection of the world’s largest marine debris data.

CSIRO declared that three quarters of the trashes near the coastline are waste plastic, most of which come from the citizens in mainland of Australia rather than the high seas. It also concluded two main reasons of the serious pollutions: littering around casually and dumping trashes illegally.

The trashes have been found already include plastic bottles, glass bottles, aluminum cans, plastic bags, balloons, rubber products, metal products, fishing tools and other odds and ends that thrown away or left by people on the coastline. 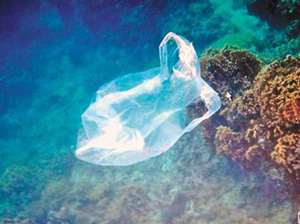 The trashes in the ocean, especially the waste plastics, would not only cause sailing accidents, but also have many other bad effects, such as suffocating corals, inviting invasive species, impairing tourism and endangering wildlife.

It is said that sea turtles would mistakenly regard the transparent and soft plastic bags as edible jellyfishes, and there are about one third of the sea turtles dying from eating plastic bags.

Birds can eat almost any kind of food, and 43% of the birds investigated are found plastic articles in their stomach. It is estimated that among 2050 bird species, about 95% of them have already eaten plastics.
What’s more, the chemical substance contaminated in the trashes would also permeate the ocean and harm the wildlife indirectly. 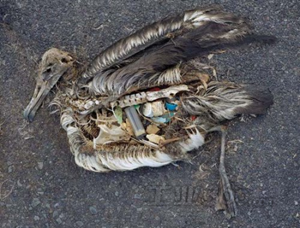 Trashes, especially the waste plastics, can cause pollutions to the oceans so seriously that we should take active steps to reverse this situation. A complete waste management is necessary to prevent people from littering and dumping. Plastic recycling is also a good option, which can get back many useful materials from the ocean to create new products and reduce the existed marine waste.