Plastic bottles are one large part of the plastic products and a great number of waste bottles come out every day, most of which are PET bottles. If each used plastic bottle can be put into the right recycling boxes, there would be less wastes, because it is a major part of the whole field of plastic recycling.

It is believed that nowadays many people have already the sense of classifying rubbishes and recycling some recyclable wastes, but the lack of recycling boxes may disillusions it. When someone finishes a drink and wants to throw the bottle into the recycling box, he would feel it convenient if there is such a box nearby. However, after a while of searching the recycling box but with no result, rather than keeping the bottle until he meets one, he would be more likely to throw it away directly on the ground or in somewhere secluded, such as a street corner. So it is very necessary to put more recycling boxes in the places where many people pass by.

Considering this problem, PepsiCo, a famous drink company will soon do something to make a contribution. It has been reported recently that PepsiCo and the American National Environmental Organization are in a new partnership in the field of recycling plastic bottles. 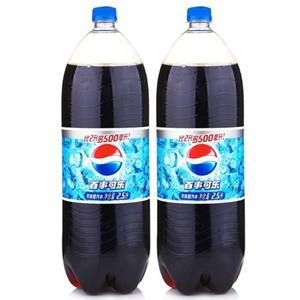 This plan aims to increase the number of the sites where plastic drink bottles can be recycled so that more drink customers are able to recycle the bottles they have used. PepsiCo has the target that the plastic bottles recycling rate could reach 50% in 2018. It is estimated that only by collecting another pack of 24 billion plastic bottles can the 50% rate be reached from the starting rate of 40% in this year. This plan will first be carried out in Tulsa, after which the total number of recycling boxes would be ten times of that before the plan. In the next stage PepsiCo will promote this plan to the whole country. 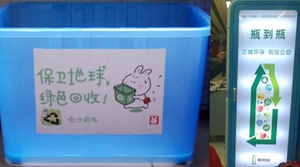 PepsiCo’s action not only makes a contribution to the environmental protection of America, but also set a good example for the whole world. If more related companies or organizations could make such good plans and carry them out effectively, more plastic bottles would be recycled.

As for the follow-up problem of dealing with the collected bottles, GREENMAX provides a series of machines named POSEIDON, which can do the destruction and dewatering, so that the empty bottles can be compressed into much smaller sizes and moved to the next processing step.