Germany Leads the Way of Waste Management in The World

Germany is advanced in the field of waste management and has become one of the models in the whole world. It has gradually formed a new and efficient waste-economy system, with a high recycling rate of 86% of construction waste, 81% of packaging waste, 77% of battery and 82% of waste paper. The annual income of the waste management business is about 5000 billion Euros, which supplies 240,000 posts for people, so it is now a major field of economy and employment in Germany.

The order of waste management in Germany is carried out in this way: reducing the consumption of the end-users, recycling the recyclable materials, burning the waste for energy, and at last burying the rest.

There is a quite detailed classification of waste in Germany, as for the waste produced in daily life, it can be sorted into six types: organic refuse, light packaging, paper, poisonous waste, discarded glass and other waste. German children are educated to classify the waste since in kindergarten. Different kinds of waste should be thrown into dustbins of different colors, which will be taken away every week by workers in charge of waste recycling. Light packaging waste, such as EPS boxes, can be recycled and compressed into EPS blocks by compressor and then processed into other products. So does the paper waste. 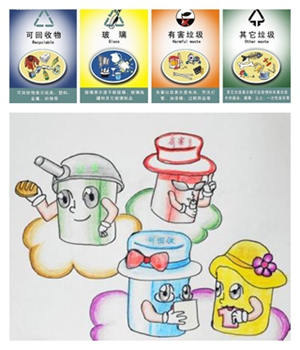 Electronic waste occupies a large portion of Germany’s waste, with the annual amount of 1,800,000 tons. When the old electrical appliances are discard as useless, many components and parts of them can be recycled, such as copper and aluminum, which should not be thrown away without any treatment. In order to reduce electronic waste and save the recyclable materials, Germany’s government has passed the Law of Electronic Devices and Electrical Appliances in August, 2005, which stipulated that old appliances should be collected and recycled, such as washing machines, fridges, televisions, computers and so on. Used battery should be separated from the electrical appliances. 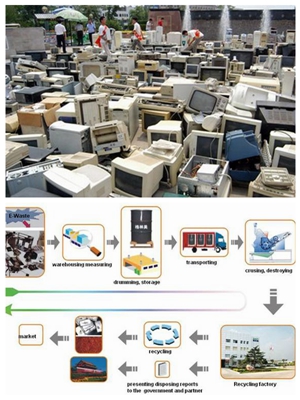 Apart from electronic waste, another large group of waste in Germany comes from construction. However, with the help of suitable laws, promotions from government and enterprises, the recycling rate of construction waste reached 90% in 2008. For example, the charge of using the recycled construction materials is comparatively lower than that of dealing with the construction waste, which makes the developers willingly to use the recycled materials and the contractors who demolish buildings active in recycling the waste. 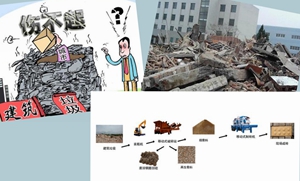 Everybody’s participation in classifying waste brings beneficial result for the whole nations, which can not only reduce the total amount of waste and the dealing cost, but also simplify the dealing process. If Germany’s solution of waste management can be carried out in the whole world, our precious planet would be more beautiful.