Most of the single - screw is right-handed, such as screw and bolt used in wood and machine. If seeing from the back, they are the reverse rotation, because they have to do their best to turn the barrel. In a number of twin screw extruder, the two screw in the two cylinder reverse rotation and cross each other, so one must be right, the other one must be left.

Thermoplastic plastics are generally used for extrusion, and the material is melted and solidified again when it is heated. Where does the heat of melting plastic come from? Preheating and the cylinder / mold heaters play great role, the motor input energy and motor overcome viscous melt resistance screw rotation generated in the cylinder frictional heat is the most important source of heat in all plastic extrusion. 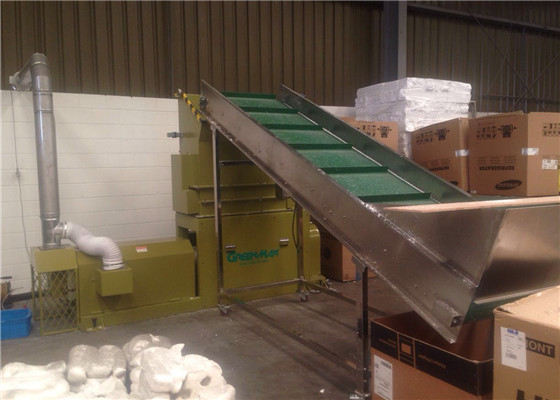 In most of the extruder, the screw speed is changed by adjusting the motor speed. The motor rotates at full speed of about 1750rpm, but it's too fast for an extruder screw. If the rotation at such a rapid speed, it will produce too much friction heat and plastic retention time is too short to prepare a uniform, very good mixing of the melt. The typical deceleration rate is between 10:1 and 20:1.

Extrusion is the transfer energy to the heated plastic, so that it can melt, enter the feed ratio of the barrel and the screw surface temperature is low. The surface temperature of the cylinder in the feeding area is in the plastic melting point, which is cooled by contact with the feed particles, but the heat is transferred from the front to the back of the heat and can be controlled by heating. Even the current end of the heat is maintained by the viscous friction and does not require the cylinder body heat input, which may be required to open the rear heater.

5 In the feed area, the material stick to the cylinder on the screw

In order to make a single screw extruder, the volume of the solid particles of a single screw extruder in the feed zone reaches the maximum, the particles should stick on the cylinder and slide onto the screw. If the particles stick to the root of the screw, there is nothing to pull them down. The volume of the channel and the inlet of the solid are reduced. Another reason for poor adhesion at the root is that the plastic may be hot in this place and produce gels and similar particles of pollution, or with the change of the output speed intermittent adhesion and interruption.

6 The cost of Materials is the highest

In some cases, the cost of materials can be accounted for 80% of the cost of production, and more than the sum of all other factors. It naturally leads to two conclusions: processors should much repeated use of leftover materials and waste to instead of raw materials as much as possible, and, as far as possible, follow a strict tolerance so as not to deviate from the target thickness and product problems. And energy cost is relatively important, run a extruder required energy is actually small fraction of total cost of production, because of the extremely high cost of materials, extrusion machine is a effective system, if the introduction of the multi energy so plastic can overheat, so that to normal processing.

7 the end of the screw is very important

This pressure reflects the resistance of all the objects in the lower reaches of the screw: the filter screen and the pollution bar breaking board, the adapter delivery pipe, the fixed mixer and the mold itself. It depends not only on the geometry of these components but also depends on the temperature in the system, which in turn affects the resin viscosity and through the speed. Measuring temperature is important for security reasons - if the temperature is too high, the die and the die may explode and cause damage to the machine and nearby personnel.

Output = finally a thread displacement pressure of + / - Logistics and leakage, the displacement of the last whorl is called positive flow and dependent only on the screw geometry, screw speed and the density of the melt. It is regulated by the pressure logistics, in fact, including the reduction of the output resistance effect (by the maximum pressure) and the output of the feed in the feed in any of the effects of the. Thread on the leak may be the direction. 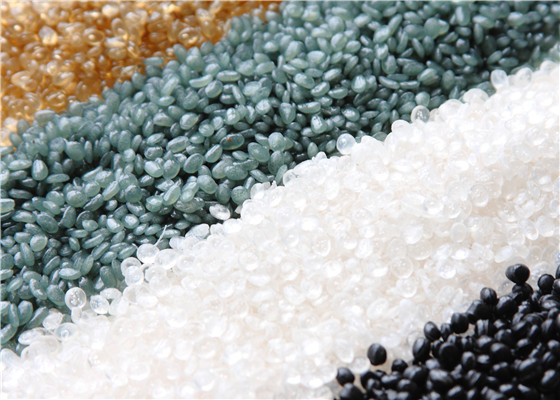 9 shear rate plays a major role in the viscosity.

Most plastics such as EPS, PE foam have shear thinning properties, the lower the viscosity of the plastic when the plastic is affected by the shear force. Some PVCs, for example, will increase the flow rate by more than 10 times or more when the thrust force is doubled. The LLDPE shear stress is not too much, the thrust of the increase in the flow rate of only 3 to 4 times. Reduced shear effect means that the high viscosity of the extrusion conditions, which in turn implies the need for more motor power.

10 the relationship between motor and cylinder

Why does the control effect of the cylinder is not always the same as expected? If the tube is heated, the viscosity of the material layer at the tube wall becomes smaller, and the motor needs less energy to run in the more smooth cylinder. On the contrary, if the tube cooling, the melt viscosity of the tube wall increases, the motor must be more forced to rotate, the number of ampere increased, through the cylinder to remove some of the heat and the motor back.